The series is coming to an end… 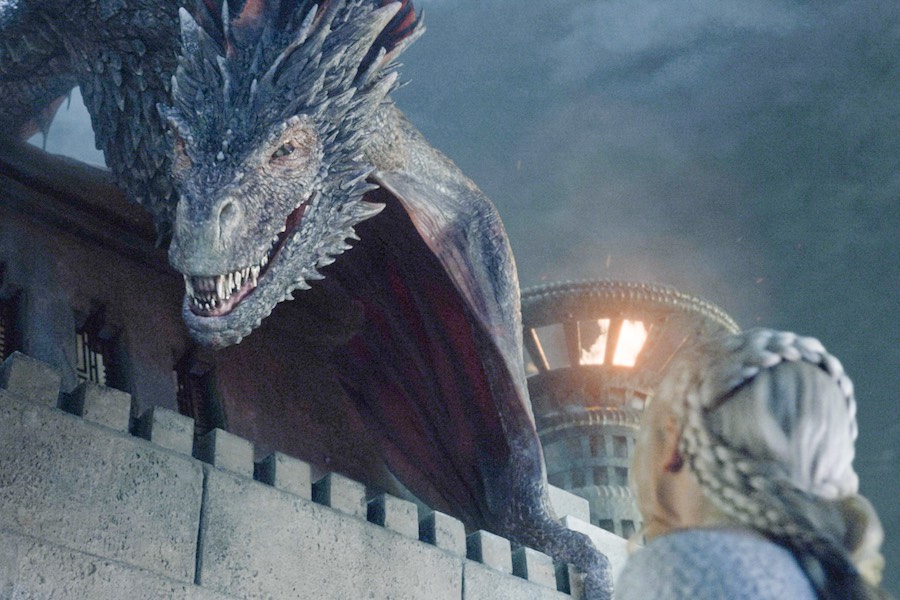 Time has flown by since we provided the bottled water for the series launch of this year’s Game of Thrones. The finale is almost upon us!

The much awaited episode 9 has finally arrived and it was… a bit of a mixed bag. It’s was ok but there wasn’t really that whole “wow, that’s was so cool” feel to the episode.

I’ll start with Dorne. Nine episodes in and Dorne has proved to be a very pointless storyline this year and with one episode left I think it’s fair to assume that the storyline isn’t going anywhere, I would have much preferred to have had the Greyjoy storyline from the books or even just have them stick to the basic story outline from these scenes that was in the books. As far as it goes in terms of this episode I think it would have been much better if they had put in a different storyline to fill the airtime this scene took up; perhaps a Sansa or Baelish scene.

I liked the Arya scene this episode as we saw that Arya has not abandoned her passion for revenge as she hunts the perverse Ser Meryn Trant. The scene with them in the brothel was also very well done and as if we didn’t have enough reason to hate Ser Meryn. I also found myself surprisingly amused by Mace Tyrell he reminds me of a lovable uncle of sorts and added some humour to a very serious show.

As for the night’s watch scene I don’t really have much to say. The episode nine trailers made it seem like there was going to be some sort of big confrontation at the wall but there wasn’t really much there. I suppose it will probably serve a purpose for episode ten but for this episode there was too little to judge.

The Stannis scene however certainly tugged on a few heart strings. This scene was very well done and did superbly to build up our emotion with Stannis’s speech to Shireen only to dash it with her death at the hands of her own father. As a person who supported Stannis from day one I can honestly say I’m a changed man.

As for the final scene with Daenerys, Jorah and Tyrion I thought it started rather strong, with some good but gory gladiator fights and then the masters surprise attack. All hope seemed lost in this scene as Daenerys, Tyrion, Jorah and Missandei we’re cornered; suddenly Drogon Appears. He lands and… doesn’t do much, he kills a couple of people both masters and unsullied and gets stabbed. However Daenerys steps out and walks towards Drogon. She then gets on his back and just as it looks like she’s about to take control and deal some damage…She files away and with some poor special effects might I add. So in summary it wasn’t a bad scene there just wasn’t really that umph that a game of thrones episode nine final scene should have and of all the scenes to skimp on your special effects budget this SHOULD NOT be the scene.

I think the episode was good…for an episode 8 or 10; but a 9th episode. It falls short of the red wedding, battle of black water, siege of castle black and dead Ned. I honestly think the battle at Hardhome should have been this season’s big scene but oh well. Despite the episodes short comings I’m still looking forward to episode 10.

« A Game of Thrones… and bottles
Pick of the week… design »